There is a small mismatch between how socionics divides up concepts and our everyday concepts, as well as other systems of thought. 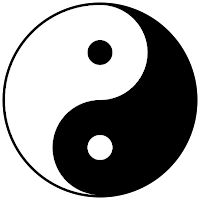 Intuitively we have an idea of what it means to be harsh vs. to be nice. Socionically this is primarily Se vs. Si, with Se being harsh and Si being "nice". However, niceness also has a ethical quality which involves how you actively manage your relationship with others. For example, SLIs are "nice" in the sense that they generally avoid conflict and blend in, yet they are not "nice" in the sense that they go out of their way to make people feel good. In fact they can sometimes seem grumpy or standoffish which are the opposite of "nice".

You can see this in how writers conceive of personality: they often will set up exemplars of a "nice character" or a "harsh character", and these characters end up being sort of unrealistic from a socionics point of view, a combination of LSI and SLI for example, the "gruff tough man" who is aggressive like an LSI yet does not display anything resembling Fe values. Arguably this could be seen as a "non-dualized" or "introverted" kind of LSI but in any case, the dynamics of the suggestive function are rarely captured in their full complexity.

This dichotomy is also known in a more formal sense as "yin/yang", or "jamal/jalal" (beauty/majesty) in the Islamic tradition. While it is close to Si/Se, an SLE or LSI is more likely to be considered a prototypical example of jalal than an SEE or ESI, who have certain "soft" qualities coming from Fi. The reason is that ethics is from the feminine principle while logic is from the masculine principle. So the most jamal type would be an Si valuing ethical type.

Masculinity means extroversion and logic at the dichotomy level, however at an IM element level we can say that Se is the most masculine element, Te and Ti are also masculine, Ne is slightly masculine, Ni is slightly feminine, Si is feminine, and Fe and Fi are clearly feminine.[1]

Men have traditionally taken the riskier role of hunters, warriors, and expanders of the family's resources, while women traditionally are maintainers of the home and caregivers, an Si role. This is one physical manifestation of a primordial dichotomy and spiritual reality.

When it comes to types, the problem is even more complex. ESE men are often highly masculine because they are more aware of gender expectations. While Si and Fe tend to accentuate the person's gender (and maybe to a lesser extent with Se and Fi), otherwise generally types are masculine or feminine according to the IM element scale above. According to my observations, women tend more often to be ethical types, and men logical types, but not by a lot (maybe 60/40).


[1] These connections were recognized by user szaulinska some time ago here, noting that the masculine always complements the feminine. However, notice that while Se is highly masculine, its complement Ni is the least feminine feminine element (or arguably even neutral).
Posted by Ibrahim Tencer at 3:43 AM No comments: